No one loves an inspiring story more than us, and this week we’ve got an awesome one from David Black, an actor, director, producer and musician. Many creative people struggle making the decision between following their creative pursuit, or taking another full time job and following their creative passion on the side. David shares his story about how he relentlessly chased his dream to make his creative pursuit his full time gig.

1. Tell us your story:
My name is David Black. I’ve been creative all my life and was the editorial cartoonist for The Truth back in 1989/1990. Back then, I was young and believed that I would make it as an artist, but over time, I ended up taking a full time job and just doing my art and music on the side. My band, Darkness Visible was getting good numbers to our gigs and we were getting out the recordings and music videos, so it looked like something might happen. But then I got cancer and everything started to unwind.

For a long time, I suffered exhaustion and was getting depressed. But as my energy started returning, I was invited to be an extra in a local horror movie called “Cult Girls”. Since then, I’ve gone from back-ground extra, to featured extra, to actor, to directing my own short movies and a TV series.

2. How did you identify the goal/s you wanted to achieve?
At first, the acting was just something that I had chanced upon and found that I enjoyed. With each role I did, I met more people in the movie industry. I got invited to do quite a variety of different things, which gave me an idea of what I liked doing within the film industry.

3. How did you work towards achieving your goal?
With each goal. I attacked it the same way as at my full time work in sales. I would research, put together a database of contacts and then engage with them. Some things came through and others didn’t.

4. What was the biggest challenge you encountered along the way?
The biggest challenge was that I was going from success to success in an industry where I was new to most people. The skills involved with various projects in the movie industry are very much the same as in the music industry. With 30 years of experience in the local gig scene, it meant that I was bringing these skills with me and getting ahead, whereas some that were long established in the indie movie industry just thought I was the newcomer. This clicked off a lot of jealousies.

5. What inspires you and keeps you going when you encounter obstacles?
So far, whenever someone local has blocked my way, better offers have come in from other sources. When I started writing articles about the local movie industry, the established local blogs thumbed their nose at me. I didn’t have time to get down over it because much larger overseas movie blogs asked for my articles.

Basically, there are no obstacles nowadays. Australian is no longer a one horse town. The internet has opened the whole world to us.

6. What advice do you have for anyone wanting to achieve a goal?
Just do it. Get started and see where it goes. Don’t wait for permission or approval from anyone or you will get old waiting.

7. What are the next goals you hope to achieve?
I have just recently finished filming a hosted horror show, called Horror House. My goal is really just for it to take off. I am hoping to leave my full time job and make a living in the film industry. It’s time that I got back to being a full time creative. 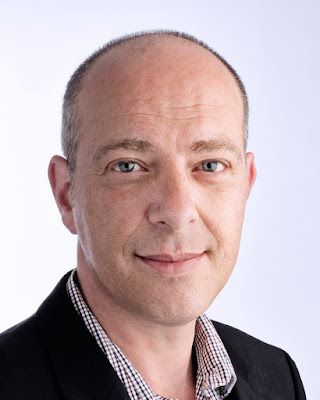